People Should Be Able To Come Out When they are Ready. Being Outed is never OK. 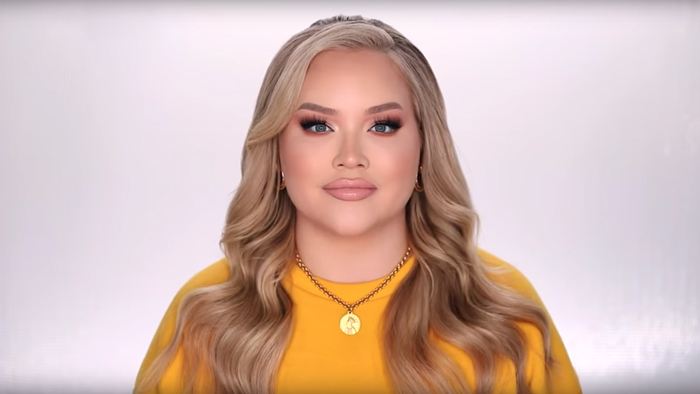 With the latest outing of a transgender celebrity hitting the airwaves, attention is now being drawn to what a damaging thing that is to do to a person. As Nikkie de Jager, from NikkieTutorials on YouTube, revealed to her fans in a video titled “I’m Coming Out,” this is a decision that is difficult, personal and should only occur when a person is ready. Having other people dictate when and how you come out must be one of the most traumatizing ways to reveal that truth to the world, in a situation that is already innate with emotional and physical distress.

To be clear, no one is in a position to make that decision for anyone else. To do so is rob a transgender person of one of the only steps in the self-acceptance process that that person has control over. When you are transgender, so many things can factor into the timetable as to when and even if you decide to reveal your truth to the world at large. Emotionally terrifying? Yes.

Moreover, that person may even be in a situation where they feel their livelihood or even their very life could be at risk. You really can’t judge a person until you have walked a mile in their shoes, but you also can’t know what that person considers to be a viable threat unless you can get inside their head…so don’t try. This is none of your business.

In response to this most recent forced outing, the sister of Too Faced Cosmetics’ cofounder Jerrod Blandino, Dani California, posted on Instagram, “Transgender, huh? That’s not the only thing she’s been LYING about.” She was subsequently, and justifiably, fired. Justifiably, because Too Faced is a cosmetics company, founded by two married gay men, that has always maintained their belief in the “transformative power of cosmetics” and NikkieTutorials is a famous beauty blogger who has presumably transformed with the aid of cosmetics, among other things. The accusation of lying when it comes to not being out is not a new one, but it is more offensive when coupled with the fact that Ms. de Jager felt like she had no choice but to come out because she was being blackmailed…by those who accused her of lying…about something that is absolutely none of their business.

Keeping your gender identity private is not a matter of lying. If you look at it one way, do cisgender folks go around crowing about their gender? No, because it’s a non-issue. Why should any person have to talk about their personal truth to the public? In the case of Nikkie de Jager, the aesthetic she is preaching isn’t changed by any of us knowing what sex she was born as, because she remains a gorgeous woman who is a professional make-up artist and she remains one of the most popular beauty vloggers in the world. She was right to give her would-be blackmailers the finger, and many of her many followers have offered support and gratitude for her revelation.

Not that this is just about NikkieTutorials. A staggering number of transgender women were murdered violently in the last year. Whether they were killed because of their transgender identity or because that identity forced them into circumstances that left them vulnerable. Clearly, the community is being failed systemically in this country. Those who would force others to put themselves in the line of fire before they are ready must know that their actions have consequences.

In a recent BuzzFeed article, several more famous examples of the types of consequences these people face are given with dates ranging back to 1961, with trans model April Ashley being outed by the Sunday People newspaper. Ashley was one of the first British citizens to have undergone successful reassignment surgery before embarking on her modeling and acting career-a career that was ultimately destroyed by the article.

From the rape and murder of Brandon Teena, as told in the film Boys Don’t Cry in 1999 to the Survivor contestant Zeke Smith, who was outed involuntarily on the show in 217 to this latest event with NikkieTutorials, it seems the same tactics are still being used to tear down prominent members of the trans community. The ones responsible want to dissolution the public and tear down every transgender person who is living (and representing) a life they don’t agree with.

Calling that transgender individual a liar is just another way to impugn their character, thereby diminishing the ultimate message they may be trying to send. No one is helped by the action of outing someone before they have deemed themselves ready and their situation safe. To quote Oliver Vance, a college student who writes for Metro, “Nikki deserved better.” Everyone does.