Cross-Dressers Have Been a Largely Misinterpreted Group 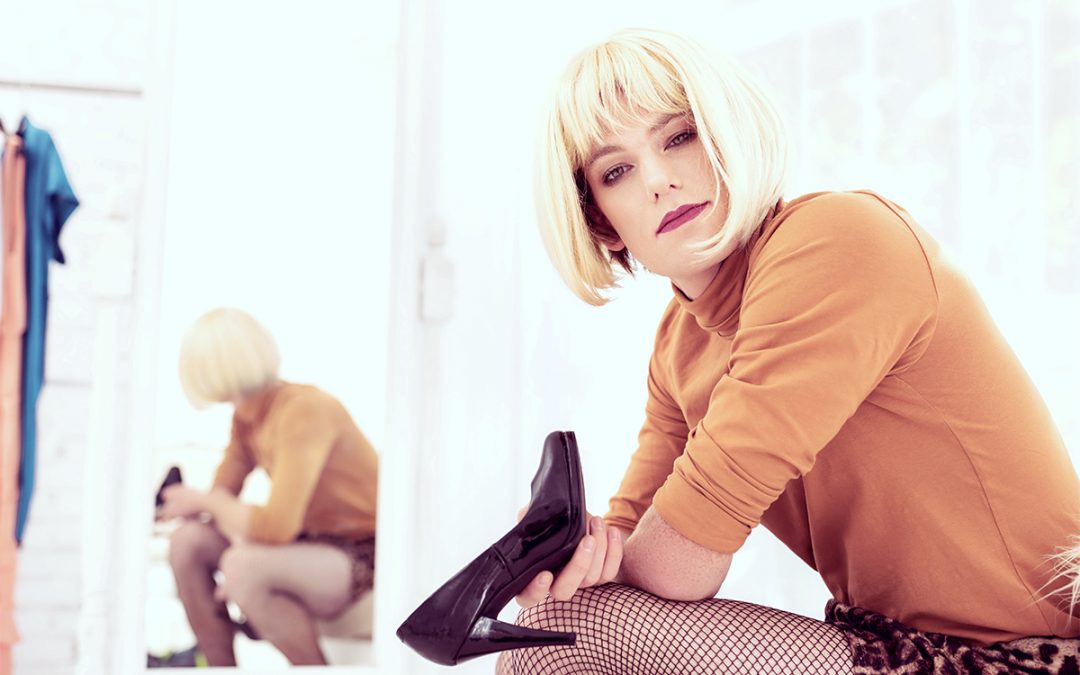 There are so many labels out there, from both within and outside of the LGBT community that it can be confusing for anyone desiring to learn and be sensitive regarding the “Transgender Experience.”   Some labels once considered normative have become obsolete as we delve more deeply into the meat of what is gender identity, what is sexual orientation, and what some deem to be a mere curiosity.  With everyone understandably protective of every inch of progress made, and therefore sensitive to implied backsliding of mis-categorization, where does a person who calls oneself a cross-dresser fit in?

Traditionally, when discussing cross-dressing, people think of a born male who occasionally enjoys the trappings of femininity- the clothing, the hair, the makeup., etc., spending most of their lives as typically male.  Many of these individuals consider both a male and “femme” aspect of their identity as sharing two halves of one truth.  They are content to honor both sides of their nature, without feeling it necessary to become “full-time” women.  Often, the person in question identifies as a transgender woman, with some contending that the term has been stolen by what was formerly the considered “transsexual” community.  With the emergence of famous trans-celebrities, these members of the once inclusive LGBTQ community have felt largely marginalized.

Let’s face it, with the trans community under what seems like a constant state of attack, its easy to see why many who struggle to be accepted as their identified gender, day in and day out, may take issue with what some say is essentially playing dress-up.  Doesn’t it seem counter-intuitive, though, to ostracize a portion of the community that has also been grappling with their own struggles for understanding?  If we want to be understood, should we not try to understand?

Cross-dressers have been a largely misinterpreted group, and not just by the cis-gendered.  The main difficulty seems to be that rather than considering themselves born to the wrong gender, they specifically enjoy certain aspects of appearing like a woman.  They may play sports, marry women, have children and do all that Western society deems masculine, except for the desire to sometimes dress and express themselves as female.

The inner turmoil is different from a crossdresser because, unlike a Transsexual woman, there is no explanation or definitive answer as to why they feel the way they do, or even a precise answer as to how to live their truth.  If you are born with male parts but consider that to be entirely different from the person you are, and you desire to be and live as a woman ultimately, at least there is a sense of what is wrong…so there is finally a glimmer as to what to do to fix that wrong.  The hope there is that one day you will be able to live authentically as the woman you are meant to be.  If you are a stereotypical male who plays football and chases girls, where do you reconcile the desire to also wear stiletto pumps and a bustier (or even a sensible skirt-suit and pantyhose)?  How does this desire play out with your visions of white picket fences and kids and a beautiful wife?

Because they don’t fit into a neatly checked box, cross-dressers don’t often find comradery within the LGBT community.  This also has something to do with a fear that others may question their masculinity or heterosexuality, which can be a deterrent if a man has a wife or family who might also question his devotion to that dynamic.  Without support, though, how can one be expected to live a genuine life?   Without others sharing their experiences, how can any of us know we are not alone?

There are resources out there, though.  Slowly, the cross-dressing male is finding a voice and a place to come out, both with society and with loved ones.