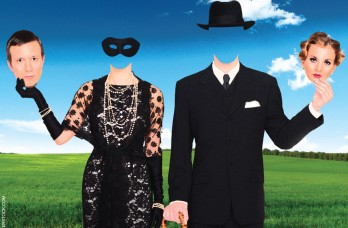 One of the things we at TransNewYork are looking forward to in the upcoming conference is the quality of the program speakers and their contribution to the overall wellbeing of the Transgender community.   In the following series of blogs, we plan to highlight these esteemed professionals and all the reasons why their contributions to New York Coming Out in 2019 are so thrilling to us!

To begin with, it is with great honor we welcome Dr. Jack Drescher to lead the discussion on Queer diagnoses: Gender Diagnoses in the DSM and ICD.  Dr. Drescher is a frequent speaker to both professional and lay audiences regarding the subject of LGBT rights.  He has lectured upon invitation to locations around the world and has also served as an expert witness in legal cases dealing with the LGBT community at various locations in the United States.

Dr. Drescher has been an early clinical voice of reason against the ex-gay movement and conversion therapy, dubbing it “questionable in its efficacy” and citing potential harms of therapy to suppress or change sexual orientation.  Now widely acknowledged as psychological hokum, conversion therapy has since been disavowed by much of the medical community, even Robert Spitzer, who published findings in 2003 that alleged that some gay people can alter their orientation and later repudiated his own study in 2012.  In addition to writing about the ethical concerns,[2] Drescher has likened attempts to suggest there is a professional debate about this to creationism: “You create the impression to the public as if there was a debate in the profession, which there is not.”

Drescher is a member of the American Psychiatric Association DSM-5 Workgroup on Sexual and Gender Identity Disorders. His sub-workgroup is responsible for revising the DSM-IV-TR diagnosis of Gender Identity Disorder to the DSM-5 diagnosis of Gender Dysphoria. He is also a member of the World Health Organization Working Group (WHO) on the Classification of Sexual Disorders and Sexual Health which addresses sex and gender diagnoses of the International Classification of Diseases (ICD-11).

Justifiably news-worthy, the WHO approved a major change in May 25, 2019, to its global manual of diagnoses that will ultimately benefit the transgender community around the globe.  It has been the WHO’s  recommendation  to rename transgender diagnoses “Gender Incongruence” and voted for new diagnostic guidelines that no longer describe gender nonconformity as a “mental disorder.”

Previously, many medical establishments have categorized transgenderism as a mental health condition.  This includes those supported by the WHO, and have categorized being transgender as a mental health condition. But an evolving scientific understanding of gender and fervent advocacy by activists such as Dr. Drescher have been essential to this reclassification.

It is the hope and belief that by changing transgender classification from that negative label of ‘gender identity disorder’ from its diagnostic manual will have a “liberating effect on transgender people worldwide,” according to Graeme Reid, lesbian, gay, bisexual, and transgender (LGBT) rights director at Human Rights Watch. “Governments should swiftly reform national medical systems and laws that require this now officially outdated diagnosis.”

Upon the release by the HRC of these new classifications, Dr. Drescher writes that: “there is substantial evidence that the stigma associated with the intersection of transgender status and mental disorders contributes to precarious legal status [and] human rights violations.”

Impressively, Dr. Drescher is among the crusaders striving to make things better, and with this success, achieving that betterment of the Transgender community.  He is a respected and sought-after expert on the subject of LGBT rights, and we are thrilled to welcome him in October for this year’s to New York Coming Out Conference!

Dr. Drescher is the author of Psychoanalytic Therapy and the Gay Man (Routledge) and Emeritus Editor of the Journal of Gay and Lesbian Mental Health and is a Clinical Professor of Psychiatry at Columbia University, College of Physicians and Surgeons and Faculty Member, Columbia Center for Psychoanalytic Training and Research.

Dr. Drescher’s expert views have also been sought and quoted by The Associated Press, Reuters, Time, Newsweek, People, Esquire, The New York Times, USA Today, The Washington Post, The Los Angeles Times, The Boston Globe, The Miami Herald, and numerous local media outlets, including the New York Daily News, New York Newsday, and The Village Voice. He is an occasional contributor to The Huffington Post, FoxNews.com and PsychologyToday.com.