My Child is Transgender – Part 1 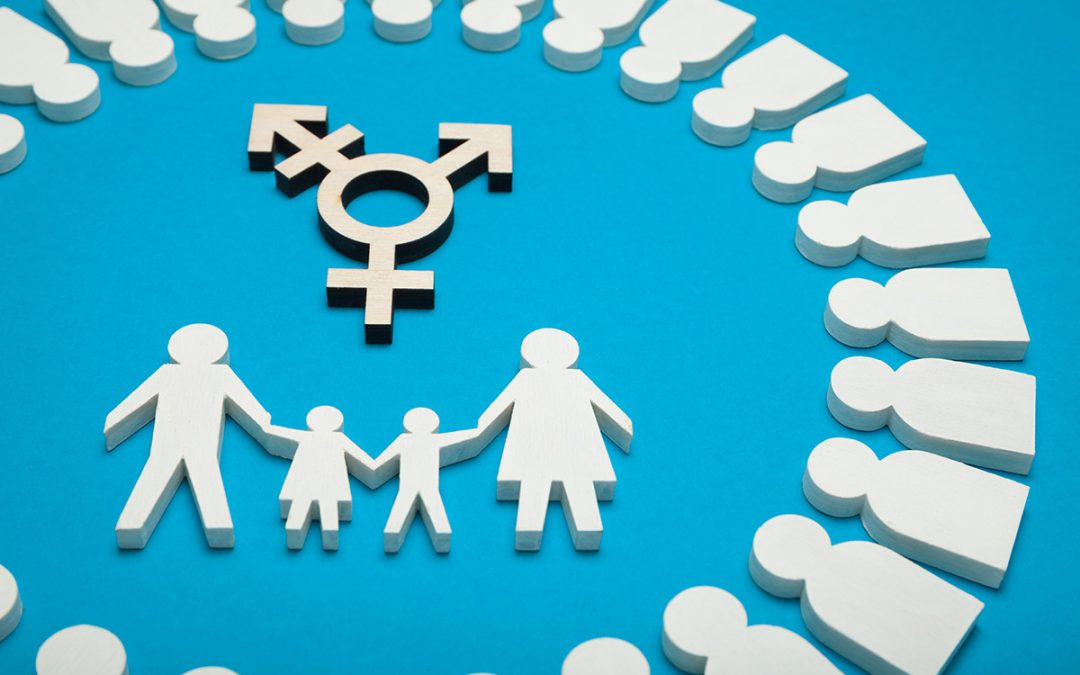 My Child is Transgender – Part 1

There comes a time in the lives of parents of transgender children, those that are sensitive to all of life’s variables and possibilities, that they just KNOW. They just know that John, who wants to be called Penny, isn’t just play-acting, but actually IS Penny. John is a gender that never existed for their child. Penny is who their beloved offspring sees when SHE looks in the mirror. And for those sensitive parents who considered this possibility, the reaction, both internal and external, may be easier. Maybe not, but at least they acknowledged that it could happen, that it does happen, that it might happen to them. So, in that way, they are more prepared than those “other” parents.

The other parents aren’t bad people. They may be religious and honestly never considered that it could happen “to” them. And we are not suggesting that being transgender is a cross that people must bear, like having a clubbed foot, or a hair-lip. Bringing up a mentally healthy and emotionally stable kid in the world we live in? That’s the cross we all bear, isn’t it?

But if you are a parent that thought that being transgender basically amounts to playing dress-up, or a plea for attention, or a lifestyle decision that is only made by bohemian, leftist, hippies and artists–coming to the conclusion that your darling baby girl houses the spirit of a rambunctious baby boy may not be an easy jump to make. Unless your kid sees John Jolie-Pitt on TV, being accepted by Brad and Angelina (and those damned liberal media), even though the entire world basically witnessed the birth of that cupid-bow lipped little amalgamation of her perfect parents as Baby Girl Shiloh, and YOUR child identifies. Maybe you start to see that they prefer to dress in direct opposition to their gender assigned wardrobe, or she plays with trucks or he plays with Barbies, or any number of things that separately mean nothing, but all together point to the big truth. Maybe they even come to you. It can happen. In fact, it happens every day. And when it does, you too will KNOW the truth. And then you and those sensitive, open-minded parents that thought it could happen will be in the exact same position. We KNOW….now what do we do?

First, take a breath. If you are on this website, and reading this blog, it means you are a good parent, because you want your kid to be ok. This is not the place to come if you want to “fix” your kid, because the reality is, your kid ain’t broken. Some in society will try to tell everyone that they are, and that is what really needs fixing. What needs addressing is HOW you support your child. When you make that decision to support your child in their truth, that this is really who they are, and that they are not just going through some phase. This is not some arbitrary choice they are making, and by researching how to accept and support them, you are becoming part of the solution to all the strife that so many others end up suffering.

Yes, the outcome for children and teens who don’t have supportive family can be pretty grim. Gender dysphoria is only suffered by those who feel conflicted between their physical or assigned gender and the gender with which he/she/they identify. This disorder can lead to depression, self-destructive behavior, including mutilation, drug use and even suicidal thoughts or actions.

Good News for your Child

The good news is that if you give your child a stable enough foundation of self-confidence and self-worth, all that can be lessened greatly, if not completely avoided altogether. Although it may seem like everything has changed in your world, and you may be overwhelmed with the prospect of taking on this challenge, consider that your job as a parent has not really changed. Before your baby was born, you formed a bond based on love, protection, and hope. Maybe you joked about wanting a boy or girl, but usually we amend ourselves to say what we REALLY want is a child that is healthy and happy. Here is your chance to put your money where your mouth is. Love your child, accept who they are, and the chances for their health and happiness increases exponentially.

There is no need at this stage to scare you with the horror stories of what happens to kids and teens who are rejected by their families. You can find these tragic stories all over the internet and on the tv. The future of people suffering from gender dysphoria, who don’t have a support system to help them through, is often bleak. However, also accessible now are resources for parents, grandparents, uncles, aunts, etc. to utilize to ensure our transgender youth have the same opportunities to flourish that their Cisgender brethren have.