Rage, Rage Against the Dying of The Light 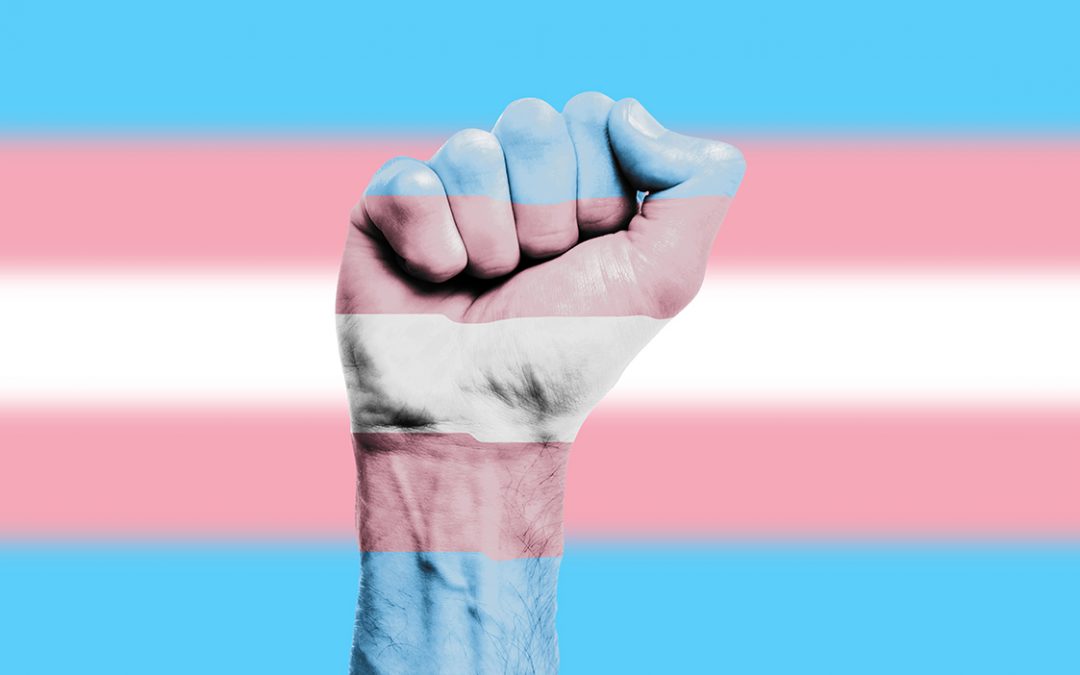 Rage, Rage Against the Dying of The Light

Turn on the news lately, and it seems like every gain made in the battle for trans rights is being threatened by the privileged right-wing administration currently dominating in Washington.  The hateful, damaging rhetoric dominates the airwaves further encouraging the bleak picture we, as a community, are being given for a people that is already beleaguered by depression, substance abuse, and suicide.  But pay close enough attention to that news on tv and online, you can also take heart in the fact that there are people out there, and here, that are fighting for the rights of transgender men, women, and children…and they aren’t just people who identify as trans.

According to a recent article in the New York Times, a new memo from the Trump administration says that the  Department of Health and Human Services is considering new Title IX guidelines that would essentially erase federal recognition of transgender and nonbinary gender identities. The New York Times further breaks down the Trump administration’s plans to redefine biological sex under Title IX, stating that “the sex listed on a person’s birth certificate, as originally issued, shall constitute definitive proof of a person’s sex unless rebutted by reliable genetic evidence.”  The effect of this would be to ultimately deny the fundamental sexual identity of thousands of people who identify differently than is written on their birth certificates.

The response from supporters of the LGBT community was swift and eloquent.  Mayor of New York, Bill de Blasio wrote on his Twitter page, “To all trans and non-binary New Yorkers: we see you and we will fight this. Every human being has a right to define their own identity”

Not surprisingly, celebrities such as Dolly Parton, Barbara Streisand, Lady Gaga, and Cher, who have always had string relationships with the LGBT community, spoke out against the proposed change of policy. Cher, whose son Chaz Bono is transgender, took to Twitter to vent her frustration, “Fk These Ppl.Will MY SON Be Sent To INTERNMENT CAMP 2 Live with LATINO Children,& Be Kept In Cages in Places where (American flag emoji) Cant See Them.THIS IS ‘HIS CODE’ 4,..MAKE THEM DISAPPEAR #MBS (sic),” Cher wrote, before her son Chaz perhaps more elegantly tweeted, “I can’t begin to express the rage I feel toward an administration that is trying to redefine me out of existence. Just another gift for his small-minded base, terrified of the diversity that has always made America exceptional! #Vote.”

The main concept in most of the tweets, interviews and movements in response to the justifiable fear of being “erased out of existence” is to vote.  VOTE!!!  For heaven’s sake, millennials!  Midterm elections are on November 6th, 2018 and whether you vote and who you vote for can make a real difference.  Those who chose not to vote in the Trump/Clinton election in 2016 can partially hold themselves to blame for the predicament we now find ourselves in.  Some people promised to vote when asked in pre-election polls, but never showed up on election day.  Some people actually voted for Trump as a joke (this it true, and sad).  MOST people didn’t think Trump would win, even those who voted for him in sincerity.  But showing up matters and so does giving serious thought to who you want representing your interests in government.

Look, this is not JUST about the trans community, although obviously that is our main concern on this website.  We should all be born with the same rights and potential for success.  Anyone who doesn’t see that, who thinks this is just someone else’s problem is missing the point and the big picture.  First of all, since when is feeling empathy and sympathy for our fellow humans only an ideal embraced by one party?  There must be individuals that don’t consider themselves Democrats who believe, like Jesus did, that everyone should be treated with love and respect.  The trans community is the most vulnerable in our society.  The easiest targets, because every member already struggles internally even before dealing with outside pressures and hostility.  We ALL need to vote for folks based on ideals and actions, not just party.  Too often we listen to politicians talk at us with bullet points that we are looking to hear.  Actions, however, speak louder than words.

Actions, meaning what the voting records and official positions of each candidate really is.  This might mean doing a little extra work, like going on the internet and doing some research into the history of all the candidates.  Many websites aim to do the research for you, such as the Human Rights Campaign, which breaks down candidates according to the issues.

In 1947, Dylan Thomas wrote the poem “Do not go gently into that good night”.  This is a poem that is often quoted when referring to social injustice, notably ignorance and racism, but remains incredibly relevant today.  For those of us in the LGBT community, and those that love and/or support our brothers and sisters who are struggling, these words resonate:

Do not go gentle into that good night,

Old age should burn and rave at close of day;

Though wise men at their end know dark is right,

Because their words had forked no lightning they

Good men, the last wave by, crying how bright

Their frail deeds might have danced in a green bay,

Wild men who caught and sang the sun in flight,

And learn, too late, they grieved it on its way,

Grave men, near death, who see with blinding sight

Blind eyes could blaze like meteors and be gay,

And you, my father, there on the sad height,

Curse, bless, me now with your fierce tears, I pray.

The fight has only just begun.  We must have hope and love for each other.  We are none of us, alone.