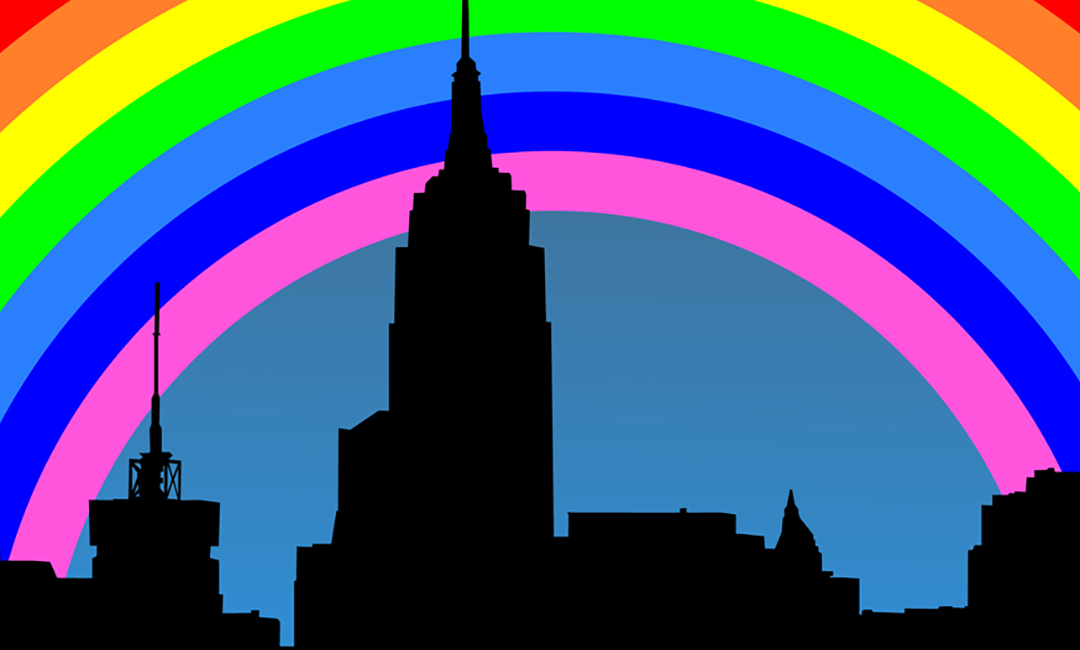 Before the midterm elections, this past November 6th, many were holding their breath in anticipation of the predicted “Blue Wave” of democrats showing up at the polls to rend control from the clutches of a Trump run GOP Washington.  Others cautioned against setting expectations too high.  Remember 2016?  They were some predictions in that race that led to a complacency that caused many of our hopes (and ideas about who America is) to be crushed.  But while the Blue wave was smaller than expected, the Rainbow Wave made an unexpected and dazzling rise above that bleak horizon.

To be fair, the “Blue Wave” did win democrats control of the house, allowing for a more even balance of values in government.  Hopefully this will assure that alt-right will be held in check by saner heads.  But the real story, the one that concerns the LGBT community, is the emergence of many key wins for those candidates that have openly declared themselves to be members of that community, some of which made history.  THIS is the way to effect real change, by having the voices of the oppressed ring out amongst the throng of those that make the rules.

For the first time ever in history, an openly gay man was elected to hold the position of governor for the state of Colorado.  Jared Schutz Polis has been A Democrat representative for U.S. Senate for Colorado’s 2nd congressional district since 2009.  He is also the first Jewish Governor to be elected for Colorado. Incumbent Oregon Democratic Governor Kate Brown, ran and won in 2018- She is bisexual and is the country’s first openly bisexual statewide officeholder and first openly bisexual governor.

Although confined mostly to states that have been historically LGBT -friendly, the scope of precedents set geographically should not be understated. “This rainbow wave of candidates is certainly concentrated in blue states and districts, but LGBTQ leaders in conservative parts of the nation are standing up and determined to become public servants while remaining true to who they are,” Victory Fund president Annise Parker—herself once an openly lesbian mayor in the red state of Texas—said in a statement shortly before the election.

The LGBTQ Victory Fund (formerly the Gay & Lesbian Victory Fund), commonly shortened to Victory Fund, is an American political action committee dedicated to increasing the number of openly LGBT public officials in the United States.  One of its most useful functions is to provide information on all the candidates that are part of the community and openly part of the LGBTQ community.  Go to their website and find what you need to know to make informed decisions in politics no matter what part of the country you live in.

Other historic wins include that of out lesbian, Sharice Davids, who in addition to being the first openly LGBT congress-person from the state of Kansas, also happens to be the first Native American woman in Congress.  Angie Craig is another openly lesbian candidate to make history by being the first member of the LGBT community elected to Congress is Minnesota. Additionally, Chris Pappas will be the first gay congressman from New Hampshire, openly lesbian Teri Johnston will be mayor of Key West, Florida, and Joshua Tenorio, also gay, from Guam will be the new lieutenant governor.

The news wasn’t all roses, but it is important to realize that even the losses weren’t without merit.  Vermont’s Democratic nominee Christine Hallquist also made history as the first transgender major party nominee for governor, but she was unable to defeat GOP Gov. Phil Scott, CNN projected.  The loss wasn’t a huge surprise, but the tone of the campaign, which addressed the issues instead of lobbing low blows, was.  Many voters, when asked, suggested that Ms. Hallquist may win some day with a bit more political experience.

Clearly, there is work still to be done to get the interests for the LGBT community heard, respected and protected by government representatives through-out the country, but at a record 399 LGBT candidates running at all levels of government, including 22 for Congress and four for governor, the community as a whole can definitely claim to have made strides in the right direction.  The consensus amongst most news sources, after the final tallies are in, is that the Rainbow Wave provided the much-needed hope for the future that the Blue Wave just couldn’t manage.