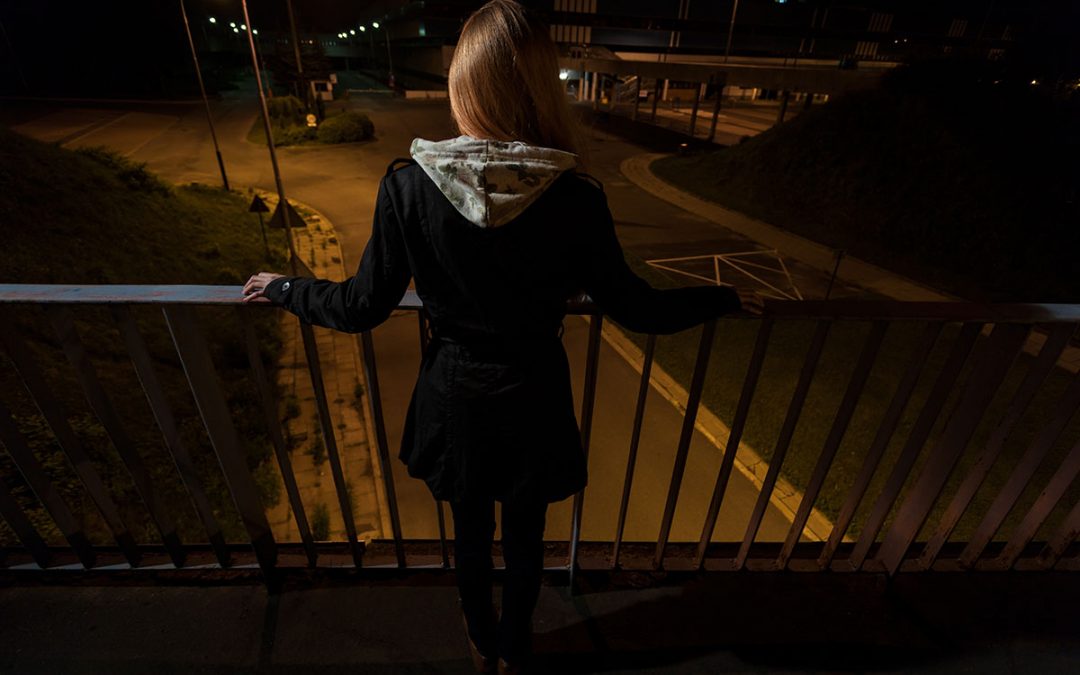 A study was conducted in 2016 by The American Academy of Pediatrics that concluded the alarming revelation that suicide has become the second leading cause of death among teens and young adults in Canada and the United States.  The study considered race, age and gender (by birth), but did not touch upon the profound instances of anxiety and depression that effect adolescents in the trans community.  But similar studies conducted that feature these populations have proved out what has long been understood by those familiar with the community…these kids are especially vulnerable to feelings of isolation, desperation and hopelessness.

Another study by the American Foundation for Suicide Prevention analyzed the results from the National Transgender Discrimination Survey, determining that “Suicide attempts are alarmingly common among transgender individuals; 41% try to kill themselves at some point in their lives, compared with 4.6% of the general public.”

The reasons behind the desolation these young adults feel should be obvious to even the most ignorant individuals.  In a society that has become outwardly careful about equal rights based on race, ethnicity, birth gender, or mental disabilities, it still seems acceptable to speak disparagingly about and to people in the LGBQT community.  People think nothing of making jokes about “He/She’s or trying to deny rights to trans individuals for basic things, like health care and restroom usage based on gender identity.

An outspoken advocate for the LGBT community, Laverne Cox was the first openly transgender person to be nominated for a Primetime Emmy in the acting category for her role on the Netflix series, Orange is the New Black.  She is also a person who has been forthcoming with her own experiences of having been bullied as a child and attempting suicide in 6th grade.  In August 2017, Ms. Cox, along with several other writers, contributed to an article in Time  titled Laverne Cox Will Show You the Long, Intense Fight for Transgender Rights,  which, among other things, discusses the collaboration between Transparent producer and artist Zackary Drucker, the creative team of Molly Crabapple and Kim Boekbinder, Ms. Cox to create a video telling the “story of trans history and resistance”.

Given the numbers though, more needs to be done to support those most vulnerable in the trans community.  While it’s true that suicidal thoughts and attempts are higher among transgender teens and young adults, which makes sense since those ages are more at-risk than at any other stage in life, it is telling that an analysis of transgender suicidality studies showed transgender adults are 14 times more likely to think about suicide and 22 times more likely to attempt suicide than the general public.  So, when we are telling kids “it gets better”, we really need to ask ourselves, is it really?

As a result of a study based on the 2015 U.S. Transgender Survey, some alarming statistics were uncovered regarding the living conditions and experiences of over 27,000 transgender individuals.   The study showed that “almost one in three respondents reported living in poverty, over half reported being denied health care related to their gender transition, one of every four indicated that they did not seek medical attention at all due to fear of discrimination and more than three of every four reported experiencing harassment in school because they were trans, ultimately leading to 17% of respondents dropping out of secondary school altogether”.    These are all spokes in the wheel of discrimination and violence that contribute to a culture struggling to overcome homelessness, illiteracy, incarceration and for many, early death.

At a glance, and with the current political climate, the situation looks pretty grim.  While there are no easy answers to solving this suicide epidemic, basic human kindness is surely the first step towards turning the tide in our favor.  Perhaps members of the trans community would be best served with the knowledge that they are not alone.  There IS a community, one that is growing every day in numbers and resources.  With members including not just celebrities like Laverne Cox and the adorable Jazz Jennings, but also Vermont’s Gubernatorial candidate Christine Hallquist and other political officials stepping into the spot light, Americans are being confronted every day with the reality that this body of people is not going anywhere and that there is way more people that identify as trans than previously assumed.  Additionally, there is a contingency of the public that loves, cares for, and respects Trans folks, and they are showing their support through their votes and with rallies and with their attention to programs and movies now focusing on the Trans experience.  It can therefore be said honestly, the truth is that it is GETTING better, and it might help those people suffering from depression and suicidal thoughts to be made aware of it.